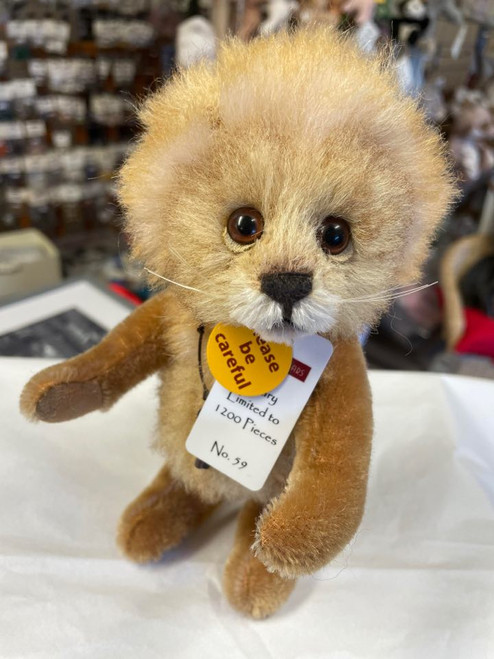 What they lack in size they more than make up for with Heart! Made from a blend of both Alpaca and mohair our second character in our jungle cub’s series is Roary. This valiant little character could be described as the leader in this pack. He is always there keeping a watchful eye over the other characters as they all get up to mischief. His coat has been created using dense traditional golden colours with hints of soft whites to show he is still very much a cub. Inspired by a previous design called Braveheart which was a Best Friends Club Member’s piece, he would sit beautifully alongside him too if like me, as a collector you would just like to create your own family hug groups. A small bootlace necklace has been used as his accessory with a key as his finishing touch. Like with Charlie I am sure this little one will hold the key to your heart too.